Is it possible for the white king to be checkmated by the rooks in exactly one move? It is guaranteed that the initial position of pieces is such that the white king is not under check.

Note that in the given situation, black moves first.

Assume that all the chess rules are to be followed:

For a more detailed explanation of the moves of pieces, along with images, please click here.

Note: The input and output are large, so use fast input-output methods.

For each test case, output a single line containing the answer: "YES" if it’s possible to checkmate the king in one move and "NO" if not.

You may print each character of the string in uppercase or lowercase (for example, the strings “yEs”, “yes”, “Yes” and “YES” will all be treated as identical). 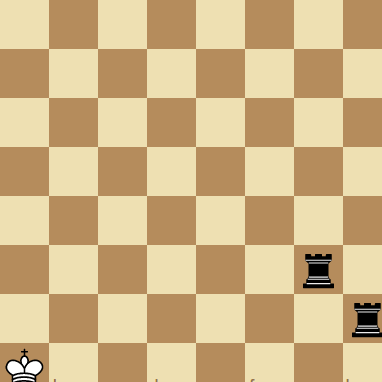 Test Case 22 and 33: No possible move exists to checkmate the king. The following images describe why checkmating is impossible in test case 22:

Refer and Earn Rs. 1200 per referral on Upstox